Have you used a VPN with Netflix then encountered an error page you weren’t expecting?

You’re not alone. Netflix wants their customers see content intended for their region only. And they’re well aware that plenty of users want to bypass that restriction.

If you reached an unplanned popcorn break, odds are this is the page that appeared:

So, is this the end of the road for using VPNs with Netflix?

Not at all! Although Netflix has made it harder to use a VPN to view content outside your region, it still works if you’re using an IP that hasn’t been identified as a VPN.

Now that everyone knows how it basically works, let’s look at how you can solve this issue.

How to Get Past the Netflix Streaming Error Page

If your VPN allows you to select a different IP located in the country you desire, try that.

It’s possible the IP you’re accustomed to using has been blocked by Netflix, but other IPs that can be selected with your VPN software work fine.

Of course, if you don’t have the option to select a different IP address directly, you’ll want to move to the next troubleshooting suggestions below. 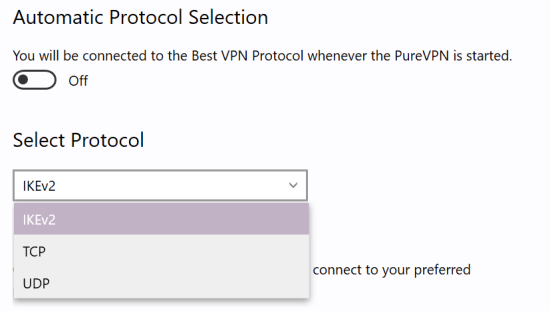 Surprising as it may sound, sometimes you can work around the problem simply by switching to a different protocol with your VPN software.

There are a number of protocols in existence, however the ones you can utilize will vary depending on your VPN provider.

The most common VPN protocols are:

Speed and the level of security is different with each protocol, and they all have their pros and cons.

The only one you should think twice about using is PPTP as this is the oldest protocol. The speed is decent but its security leaves much to be desired compared to the other options listed.

Of course, changing the VPN protocol is only a temporary measure if you’re forced to choose a protocol that doesn’t meet your standards. But in most cases, you won’t notice much of a difference. 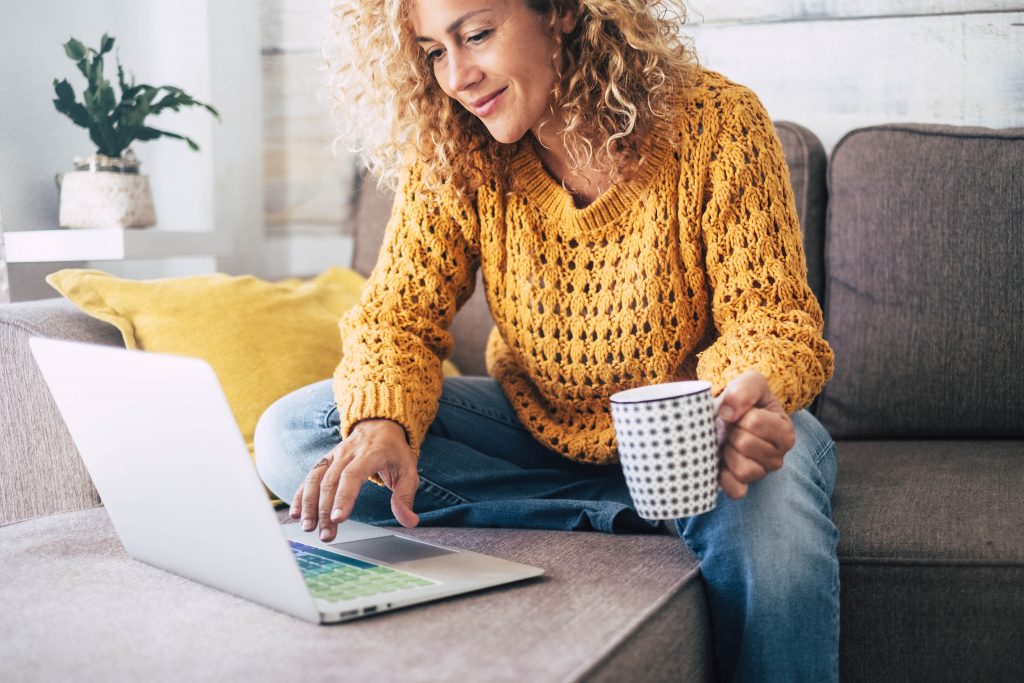 3. Switch to another VPN

Not all VPNs are good choices for use with Netflix.

If you keep having to jump through hoops to get streaming to work, it could be time to look at alternative solutions.

Some VPN providers are focused on keeping their service working smoothly with Netflix, while its not on the radar for others.

Also, which service works and which doesn’t can change quickly. Some power users are signed up to more than one VPN service to improve their chances of having a solution at their fingertips.

Before switching, do your research to ensure other users are using Netflix without issues. There’s a Reddit group called NetflixViaVPN dedicated to the topic of using Netflix with a VPN. It’s helpful for finding the latest information.

Also, check out LetMeBy’s reviews of the top 3 VPN services as these are the best performers all-around. 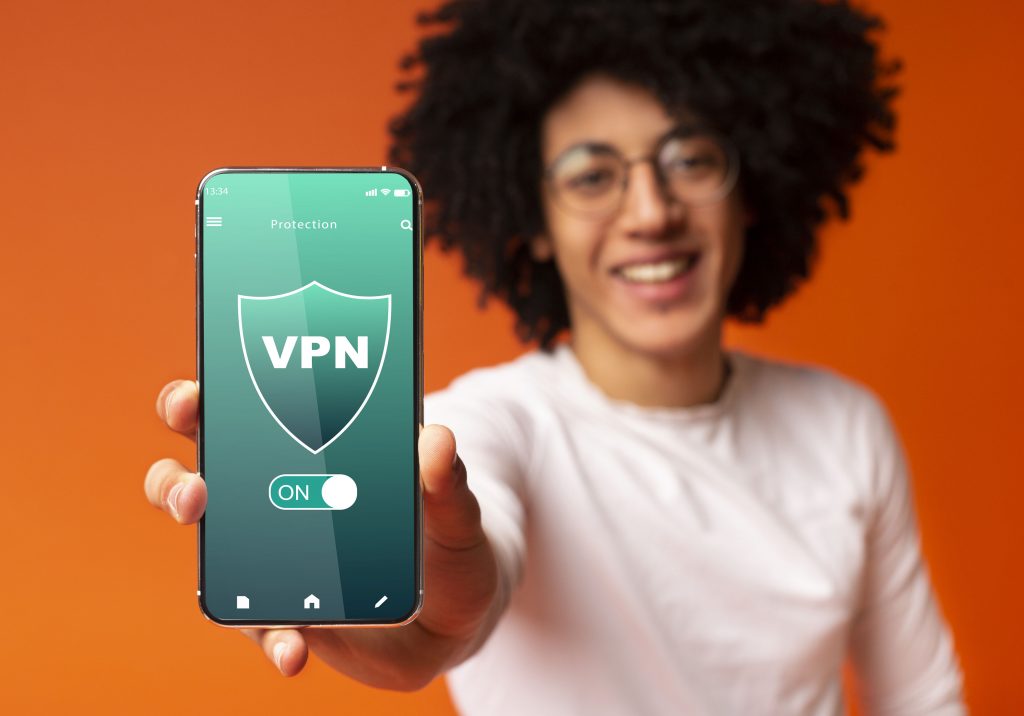 How Does Netflix Know You’re Using a VPN?

Streaming services like Hulu, Amazon Prime Video, and Netflix all have systems put in place that aim to detect if you’re using a VPN.

If your IP matches the IPs in their database that they’ve identified as VPNs you’ll get the streaming error page.

The good news is the best VPN services are always adding fresh IPs for their users to select as well as finding ways to allow their customers to keep using the services they love (such as Netflix).

Will Netflix Ban You for Using a VPN?

Although Netflix wants you to use their services as they intended, they don’t want lose you as a customer either.

Internet privacy aficionados have been using VPNs with Netflix for years and there are no reports about even receiving warnings from Netflix for this.

Using a VPN with Netflix can be frustrating at times, but having access to content from different regions is a real game changer for film and TV buffs.

If you come across the dreaded Netflix streaming error page, don’t fret as there’s always a way around it. And if it’s just a question of changing your IP address, or your VPN protocol, consider it a good day.

A lot more people are streaming movies today than a year or even a few months ago.

The mass migration from traditional formats to services like Netflix, Hulu, and Amazon Prime Video has brought us the gift of convenience but also technical hurdles.

As much as streaming is becoming the way to go, one can only enjoy the experience when they stream without pausing, re-buffering, and other interruptions. Thus, there are two major categories of persons that stream movies: those that enjoy the best speeds and those that struggle with getting decent speed when they stream. This article highlights hacks one can implement to move from the latter category to the former category.

Fix plugins: Current browsers are equipped with plugins for a wide array of different purposes. As much as certain plugins can guarantee a higher streaming speed, other plugins can be a drag when one streams. Here’s how to balance the good and bad effects of plugins.

Plugins still have a cost to performance when not in use. When a plugin is inactive but installed, it could affect the user’s streaming speed. Thus, it is important to uninstall all plugins that are not in use as they can negatively affect streaming speed.

Plugins are best when updated. Thus, to achieve high-speed streaming, it is essential to update plugins. Different bugs are typically fixed with the updated versions of plugins, and this ensures smooth streaming as well as less crashes and time-outs.

Clear caches and temporary files: When a person visits a web page, a lot of activities occur behind the scenes to enable the user to view that page. Such activities include the downloading of temporary files. These files are typically deleted by the browser when the web pages are closed before one exits the browser or shuts down the device in the case of a computer.

However, in some cases, one does not close the web pages properly before exiting the browser, and the files which would have been automatically deleted by the browser are stored. The buildup of these files reduces browser performance, which includes streaming tasks. Thus, to ensure the best streaming speed, one must delete temporary files and clear the browser history. That way, the browser activity is not unnecessarily reduced.

Turn off auto-update features: The different operating systems on devices, from Android to Windows, offer auto-update options. With this option enabled, newer versions of applications are downloaded as soon as they are available with special consent from the user. Thus, when the auto-update feature is turned on, apps could check for updates or update in the background when one engages in other activities such as streaming. This background activity can impair streaming performance.

To stream high-quality videos, it is thus advisable to turn off the auto-update feature. Alternatively, one can check for updates regularly and download updated versions of the apps at the most convenient time.

Reduce device load: This hack is somewhat applicable to other settings. The more individuals that share a resource, the lesser the quantity and quality of the resource each participant will get. Here’s how this “principle” is related to the quality of movies one streams. When many devices are connected to a router, the streaming speed reduces because of the device load. For faster streaming, it is advisable to reduce the device load on a router. So if you’re experiencing issues with streaming, make sure others in the home aren’t using the internet heavily at the same time.

Finally, everyone deserves to stream high-quality videos, and with these hacks, you’re sure to enjoy a better movie-watching experience.