It’s among the loftiest ideas in blockchain.

Substratum is building the foundation for a new decentralized internet. This is to be an open internet that cannot be censored by restrictive governments.

So, for those using a VPN or Tor to achieve anonymity online and to view blocked content, Substratum brings new hope for the future. Or If you’re a realist, it’s a new alternative to get around the frustrating deficiencies inherent to the web.

Of course, it takes more than great tech to make such a profound change in the internet. And while Substratum has talented people with the software chops, it’s their business ethics that may sink the ship. More on that later.

First let’s get a feel how Substratum works. After all, this project is backed by some game changing vision.

The established way to deliver web content across the globe is via a hosting service. Small businesses, corporations, and content creators alike rent rack-mounted servers stored in huge facilities, or in the case of many tech companies, operate their own facility.

It’s an effective system run by professionals. However, it’s centralized. This means a website can be blocked by targeting the IP address associated with the site. This is how ISPs, institutions and governments can potentially censor content.

Decentralized hosting has no single point of failure. Thus, specific sites cannot be blocked by simply targeting an IP. So, if one machine contributing to hosting the Substratum network (aka a node) goes down, the role is simply filled by another node. This is an internet hosted “by the people” with their home computers.

How the System Works

To keep their site on the Substratum network, an individual or business pays with Substrate (SUB) tokens. This is obtained by trading another cryptocurrency for SUB, or by exchanging one’s native currency for it.

A Threat to VPN Services?

Using a VPN service is currently the best way to hide your identity online in terms of speed, effectiveness and user experience.

But free is tough to beat. And the Substratum economy directs all costs to site owners, not users of the network.

So, users seeking to attain greater privacy may gravitate towards the decentralized web over time. And this could put VPN providers in tough spot if Substratum is fast. VPN services are so affordable that many won’t bother to change their habits. However, if SUB succeeds it will take a bite out of their customer base. 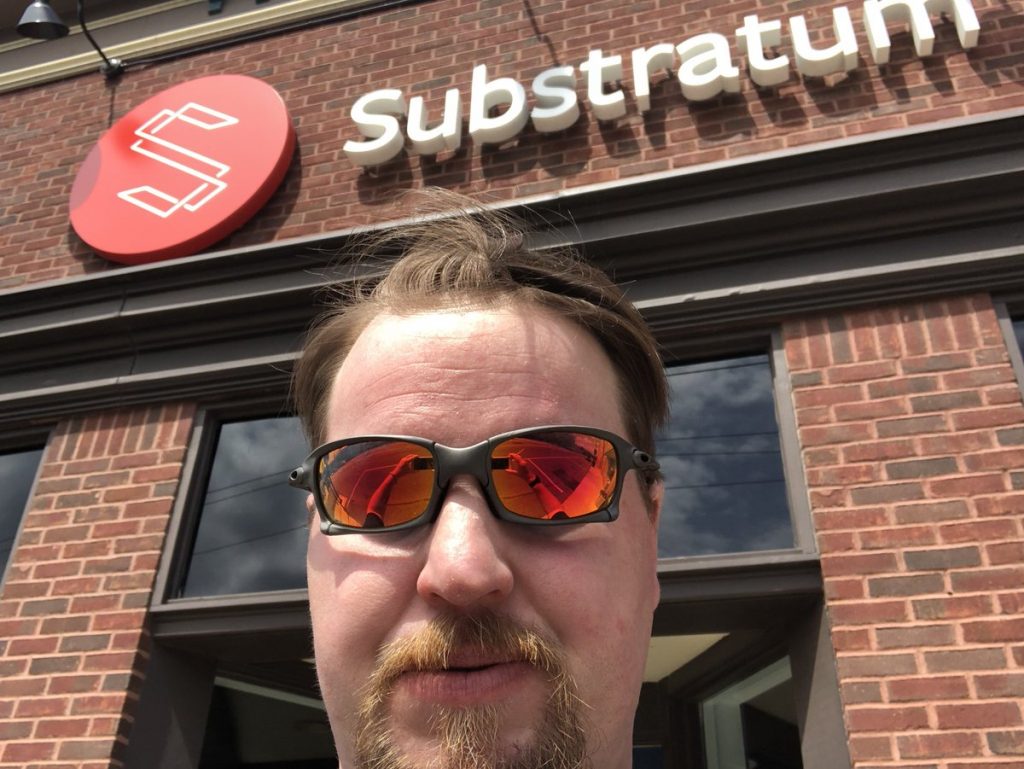 Substratum creates an interesting opportunity for techies that operate independently from a corporation. Anyone with computing power and an internet connection can contribute to the decentralized network. With the release of Substratum Node v0.5 software, everyone running it will be paid in SUB tokens.

However, it remains to be seen if this system will be profitable enough for hosting companies to participate in any capacity. It’s probable that home users will be undercutting professional web hosts, as new participants in the space will push the value of hosting down.

Thus, if SUB takes off, site owners will now need to think about hosting for both the centralized and decentralized web. Big players using cloud hosting services like AWS or Rackspace may be able to scale back on that and invest some hosting muscle into the decentralized web.

Uncertain Times for Blockchain and Substratum

The cryptocurrency bear market that occurred after the sharp highs of late 2017 to early 2018 took its toll on the psyche of many past zealots. A rain cloud formed over the collective sentiment of blockchain investors. Lower valuations of coins and tokens associated with blockchain projects led to greater scrutiny of the teams involved, and the projects as a whole.

In short, the notion that this would be the team to bring us the decentralized internet was more believable during the boom period. Many were riding high on euphoria when Bitcoin and Ethereum prices went parabolic.

Redditors expressed their disillusionment as the Substratum project couldn’t live up to the stratospheric hype. Substratum leadership has been criticized for promising their community the moon then failing to deliver.

Ethereum holders particularly, emboldened by their seemingly perfect investment, were drawn to ICOs and new blockchain projects in late 2017. Substratum took advantage of this by ramping up their marketing activity. Allegedly getting various crypto YouTubers to shill SUB tokens was an especially questionable move. The shadiness was amplified when these YouTubers later became inactive or deleted their videos.

Substratum was delisted on Kucoin in January 2019, and a month later it was also delisted from the world’s most popular exchange, Binance. This was nearly the death blow to SUB trading as almost 97 percent of the trading volume was on Binance.

Members of the Substratum team were accused of engaging in pump and dump schemes with their own coin. This activity would be illegal if it was a public company manipulating their stock price. But since we’re still in the wild west stage in crypto, the most that can be done is to delist tokens associated with unscrupulous projects.

It’s Not Over Yet

Although the hype and enthusiasm surrounding the project has dwindled, Substratum is still an active project with talented team members. And unlike many projects that appeared during the ICO boom, they have a working product.

The issue is, shady trading activities and overpromising have diminished their credibility. It will be a challenge to regain the public’s trust, especially due to the severity of the bear market that multiplied the negative effects. There’s still plenty of time for the tide to turn as the crypto market recovers. However, burned investors don’t easily forget and this turn of events has created many bitter critics.

While many failed projects pulled an exit scam and completely pulled the rug from underneath ICO investors, Substratum did not. So, this is a signal that Substratum is in this for the long haul despite errors in judgement by management.

Substratum tokens were a horrible investment for the many that jumped in during all-time-highs. Nevertheless, if the team manages to deliver a decentralized internet in the future, perhaps this sacrifice was in some ways worth it.