Everyone is tech-obsessed these days and it’s no different when we travel.

For many, a smartphone is the only device they need for their vacation. Business travelers and tech enthusiasts also opt to bring their laptop, tablet, or smart speaker. And while these devices open up amazing possibilities, there are also risks to be aware of.

While most think of precautions such as travel insurance, and putting their cash and valuables in a safe place. All too often they don’t think about how to protect themselves from cybercrime.

You may have noticed hotels have Wi-Fi with lax security measures put in place. The hotel staff often use a simple Wi-Fi password and give it to all their guests. In other cases, the Wi-Fi is completely open, requiring only a room number, code, or click-through to go online. Either way, the Wi-Fi at hotels isn’t safe for anything beyond casually browsing the web. It’s particularly unsafe if you plan on entering your private data.

And that’s just one example. Free Wi-Fi is available everywhere from cafes to museums and airports. It’s convenient but any Wi-Fi offered to the public has risks associated with it.

You may be wondering why public Wi-Fi isn’t safe. The reason is anyone who is connected to the same network as you can potentially access your unencrypted data. Thus, your usernames, passwords, credit card numbers, browser cookies, and other data can be gathered by malicious individuals with the tech know-how needed to do so. 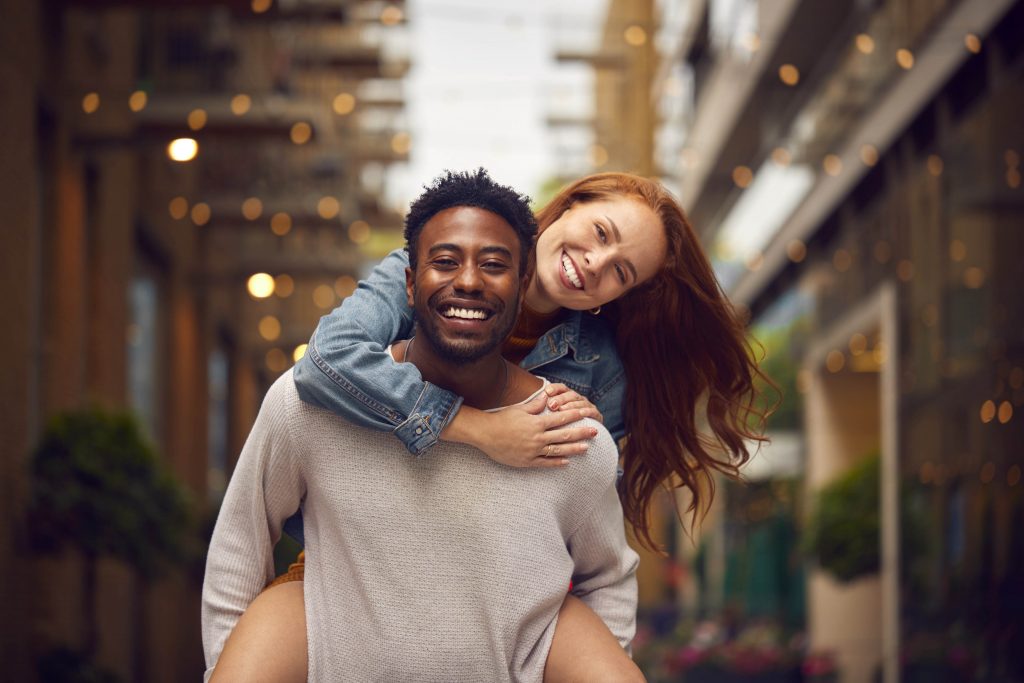 One solution to the pitfalls associated with public Wi-Fi is to avoid doing tasks that involve sharing your private data online. The problem with this approach is it’s easy to forget about security concerns when you need to get something done. Additionally, you could be targeted in a way you could never anticipate.

For most travelers, the most practical and effective way to protect your data is to use a VPN.

A VPN is an encrypted tunnel for your data that’s placed between your device and the internet. Essentially it turns any unsecured internet connection into a secure one.

About VPNs and Why They’re Used

VPN is short for virtual private network. Although VPNs were originally intended for business applications, it quickly become a technology all internet users can benefit from. After all, individuals have many of the same needs as businesses.

People use VPNs for two main reasons: to protect their online privacy and to enhance their security. 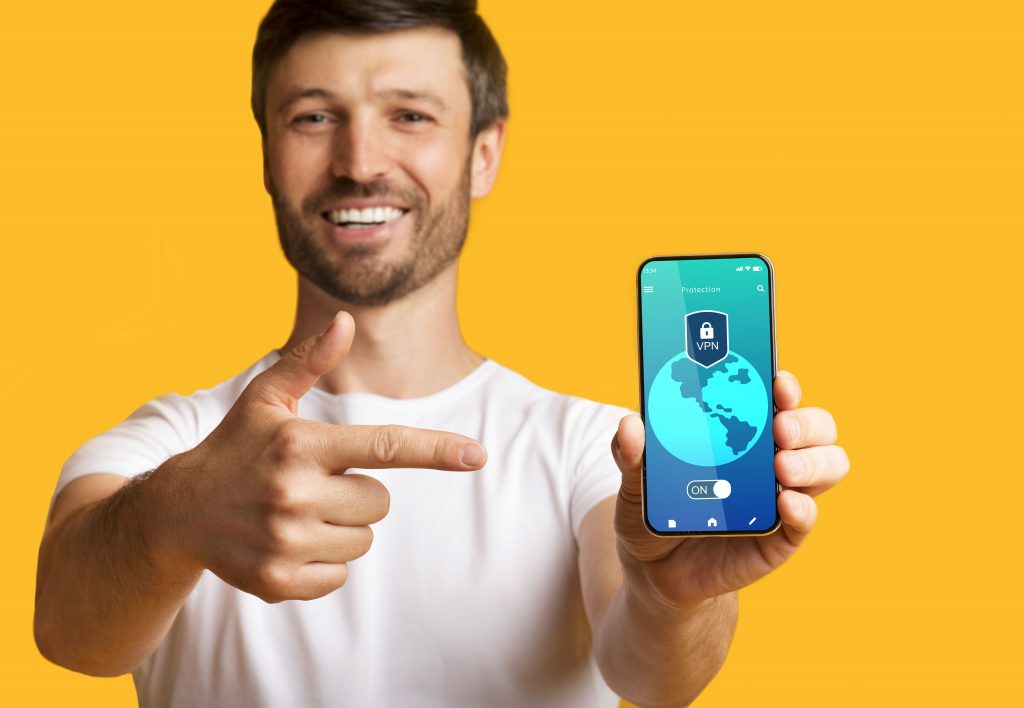 Starting with privacy, people are more concerned than ever about data that’s shared with third parties when they browse the web and use apps. Tech giants like Facebook and Apple have found ways to grant their users better privacy than ever, but one still needs to trust that they’re living up to their credo. Generally, people are slow to place their trust in most corporations today.

VPNs give users the true online anonymity they’ve always craved. It allows them to change their IP address (which is one of the most common ways to identify an internet user and their location). Thus, if they’re tracked with a VPN enabled their activity won’t be associated with their physical location.

The other reason VPNs are so popular is its ability to make the internet secure so that private data can’t be stolen by malicious individuals.

Smartphones are a primary internet device for literally billions of people worldwide. Today you’ll find Wi-Fi access in virtually any public place where people gather. The catch is that public Wi-Fi is less safe than hopping on the internet at home or work.

VPNs use state-of-the-art encryption so your data can’t be accessed or stolen by third parties. 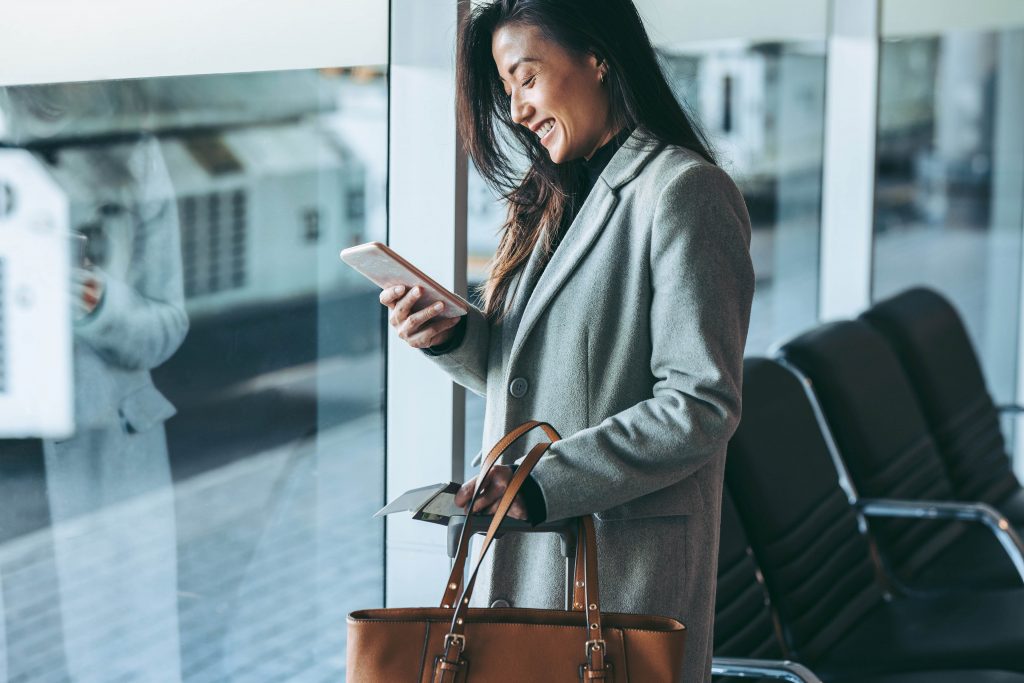 Choosing the Best VPN for Travel

The first point to consider is if the VPN service you’re considering is well-supported in the countries on your bucket list. For example, some VPN services work reliably in China while others can potentially be blocked.

Check which protocols the service provides its users with. OpenVPN is often considered the best all-around protocol and people have reported it’s been working well in China in recent months. Having the ability to switch to different protocols is also useful to international travelers. If a protocol doesn’t work you can test the others, and in many cases at least one will do the job.

LetMeBy has tested many of the popular VPNs out there today. These are the most-recommended services for general travel:

If you’re traveling to China, you’ll also want to add VyprVPN to the list.

The company has been good about working around roadblocks in China. And they’ve been quick to adapt and offer solutions even though it can be challenging to use a VPN there.

How to Use a VPN

VPNs were once reserved for techies and business users. Now it’s easy to connect to a VPN with your phone, tablet, or laptop.

The first step is to download the app from your VPN provider.

This saves you the trouble of configuring individual apps such as your web browser to connect to the VPN. Additionally, it makes it straightforward to change settings such as selecting a new IP address associated with a different country than you’re presently in.

Next, launch the app. The login screen will appear. Enter your username or email and password provided by your VPN provider and you’re in. Yes, connecting is that easy. 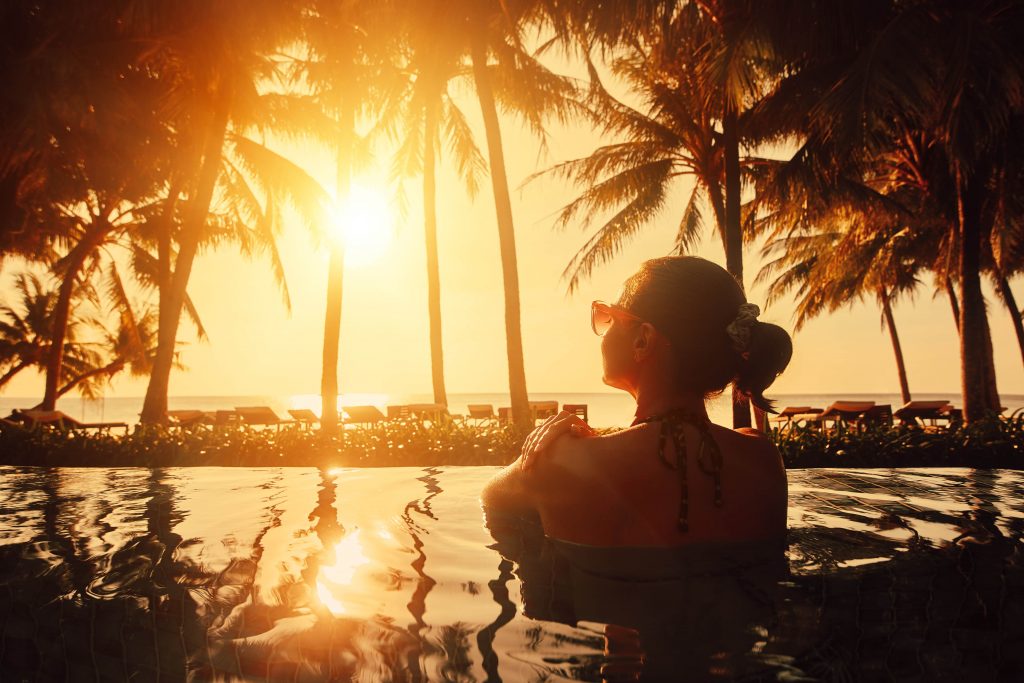 Mobile data can be expensive when traveling abroad and since people are so used to accessing their devices frequently, Wi-Fi is a must. Public Wi-Fi gives travelers free access to the internet whether they’re in Honolulu, Rome, or Hong Kong.

The cost associated with using public Wi-Fi isn’t measured in dollars. Public networks are conveniences with a low level of security. Thus, it’s crucial to be mindful of the risks and take precautions.

Using a VPN while traveling not only protects your private data. It also gives you peace of mind. And with so many things on your mind while making the most of your time off, that’s a much-needed gift.